Effective 16 August 2022, the well-known Californian traffic technology provider McCain, Inc. has been renamed SWARCO McCain, Inc. With this formal step, the Austrian-headquartered SWARCO AG consequently follows its branding strategy of ONE SWARCO, anchoring the brand name also in the legal entity’s name.
It was in 2016 when McCain, Inc. became a part of the SWARCO Family. Since then, McCain has helped SWARCO in becoming a major player in the U.S. ITS market with competent people, reliable technologies, and significant contributions to the Group’s revenue statement.

“We had decided to wait with any rebranding because the McCain brand was much better established in the U.S. ITS market than SWARCO”, SWARCO CEO Michael Schuch remembers. “Now, six years later and following the acquisition of Dynniq Mobility meanwhile rebranded SWARCO, we have evolved into the leading global player in the ITS industry. Following thorough deliberations, we think it is now time to proceed with the rebranding of our U.S. ITS affiliate by naming the company SWARCO McCain, Inc.”, says Schuch.

Carl McCollum, Vice President SWARCO McCain, Inc., adds: “With this step, we underline McCain’s belonging to SWARCO but at the same time keep it recognizable for our American customers as a well-established brand with high quality products and solutions. The entire SWARCO world is proud of having a family member in California and Mexico. And SWARCO McCain, Inc. benefits from SWARCO’s global reach, its values, its business network and its access to leading hardware and software products and solutions”, McCollum sees the advantages of this name change.

SWARCO McCain, Inc. from now on highlights the SWARCO logo and the claim “The Better Way. Every Day.” In this way, the company continues to be a very strong pillar in SWARCO’s corporate identity and a competent product and solution provider to manage traffic in the 21st century. The company will debut its new name at the ITS World Congress at the Los Angeles Convention Center, September 18-22, 2022, where visitors will find McCain product lines and know-how exclusively in SWARCO booth #1139. 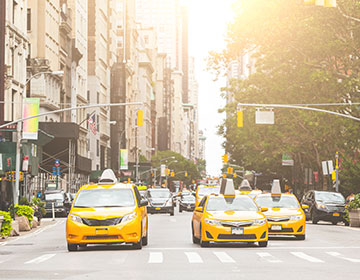 McCain is dedicated to providing comprehensive services and support to all of our customers. Please contact us to learn more.
Contact Us

Read the latest issue of From the Driver's Seat and get the inside scoop on hot industry trends and all things McCain.
View Newsletters